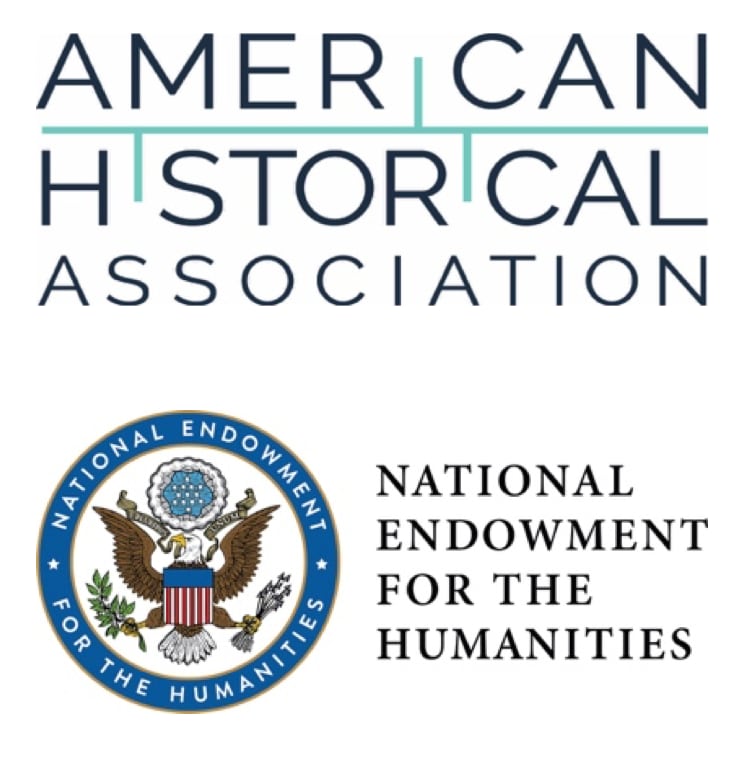 The Executive Committee of the American Catholic Historical Association is pleased to announce that the ACHA has received a SHARP grant from the American Historical Association and National Endowment for the Humanities in the amount of $75,000. Designed to change the calculus of current relations between historians, religious archives, and Native communities, this grant will foster conversation and collaboration between these constituencies to promote and secure greater access to records on Native American Boarding Schools (NABS).

This announcement coincides with a call for participation in the ACHA’s phased implementation of the grant. In addition to selected participants, we seek members of the groups mentioned who are interested in the accessibility and development of the historical record on NABS. This assembly will be propelled at the upcoming spring meeting of the ACHA, to take place at the University of Scranton, April 22-23, 2022.

The project will unfold in phases. The first phase involves selection of six to eight participants for a series of non-public Zoom forums between historians to help identify some of the problems scholars have faced in their work on NABS and to push through the problem of accessibility. The second phase will involve teams of historians, journalists, archivists, and Native American community leaders doing on-site research. Finally, a capstone, two-day public conference in conjunction with the Spring 2023 ACHA meeting is envisioned to summarize some of the key issues that promote or hinder archival access or communication between stakeholders and widen the aperture for future steps on research methods, collaborative prospects, and publication of initial findings.

In addition to the advancement of historical knowledge through increased accessibility to archival documentation and networking, participants will also receive a stipend. The ACHA therefore appeals to potential candidates for inclusion in this project

In the aftermath of the revelations about the discovery in May 2021 of over 1,000 graves at the former Canadian indigenous school at Kamloops, the American Catholic Historical Society committed to righting the historical record on Native American Boarding Schools in the United States. Some ninety of these schools were conducted under the auspices of the Catholic Church in the United States. In the wake of the US Secretary of the Interior Deborah Haaland’s call last June to “recover the history” of these schools, diocesan and religious archives are taking stock of boarding school records in their collections. This situation calls, with urgency, for conversations between stakeholders about what archival accessibility looks like.

Where do boarding school records exist, how are they relevant, how can they be interpreted, and how can they be made available to communities? Striving to answer these questions will complement, though not mirror, community activist projects, which prioritize archival accessibility as part and parcel of processes variously conceived of “truth telling,” “healing,” and “reconciliation.”

The first initiative will include a series of four virtual forums plus one webinar, staggered over several months, and all organized around a common question: “What Does Accessibility Look Like?” These events will be held monthly during the summer and fall of 2022. The four forums will be non-public and designed to foster conversation among and between different groups of experts and stakeholders, relative to the problem of accessibility, Catholic archives, and boarding school history.

The first forum will bring together archivists at Catholic institutions that hold, or have formerly held, boarding school records.

The second forum will convene historians and journalists, survivors and advocates engaged in research related to Catholic Indian missions and/or boarding schools.

The third and final forum, then, will bring together select participants from each of the first two forums, with the purpose of building conversation about accessibility across groups, or between archivists, historians / journalists, and front-line communities and their advocates.

In addition to these forums, the virtual series will include one public webinar. The webinar, also organized around the question “What Is Accessibility?” It will include a panel of Native and settler experts on the role Catholic archives and archivists played in Canada’s Truth and Reconciliation process. This webinar will offer opportunity for participants across the four forums, as well as ACHA’s membership and the general public, to think about the US reckoning with boarding school histories in a comparative perspective. Each of these five events will be moderated by an ACHA member who is part of the AHA-NEH grant leadership team, and each will be held virtually to provide accessibility to participants from a range of locations and social positions.

The Truth and Reconciliation webinar will be held in January 2023, in conjunction with the ACHA annual conference in Philadelphia. The ACHA will provide an in-person session at the conference, to supplement the webinar’s content.

The second grant-funded program will consist of limited and short-term collaborations between researchers and archivists, both geared toward developing “accessibility plans” for sets of archival materials related to boarding schools. For this program the AHA-NEH grant will allow the ACHA to provide a stipend for up to six researchers, each of whom will spend time in one or more Catholic institutional archives in order to survey documents related to boarding schools housed in that archive, and work with the archivist(s) there to develop an “accessibility plan” for building community access to those documents.

The third grant funded initiative will be a two-day, hybrid conference during May 2023, near the end of the grant period. This culminating conference will coincide with, and serve as an extension of, the annual spring meeting of the American Catholic Historical Association. The conference will be open for general registration and will consist of both in-person and virtual offerings. The program will likely include public-facing panels in the following areas: 1) sessions comprised of Catholic archivists, discussing the scope and content of Catholic materials related to boarding schools, 2) sessions comprised of historians and journalists, discussing challenges of archival accessibility in relation to researching and writing about Catholic boarding schools, and missions more broadly, 3) a session in which the grant-funded researchers (detailed above) discuss their experiences in the archives, and plans they developed for archival accessibility, 4) a session that brings together participants from across the scope of the project, to discuss plans for next steps and future collaboration (plans which will, in their implementation, exceed the scope and timeframe of the AHA-NEH grant).