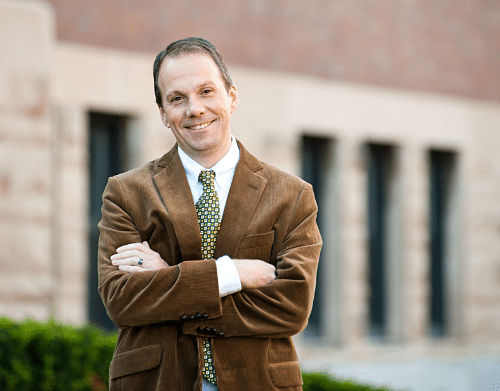 I am honored to accept the nomination for candidacy for the Executive Council of the ACHA. This fall I have begun a new position at the American Philosophical Society as the Associate Director of Library and Museum Programming, where I manage the work of scholarly and public programming, Native American and Digital Humanities research centers, and a thriving museum. For eight years previous, I was a tenured History faculty member at Loyola University Chicago; three of those years, I served as Director of the Center for Textual Studies and Digital Humanities. As I move from one great Catholic city to another, I welcome the chance to expand my involvement in the ACHA.

My research over the last eight years has focused on Catholic book and library history within the eighteenth-, nineteenth-, and twentieth-century Atlantic World. It has taken different forms and addressed a variety of audiences. Loyola was the host of a major exhibition – Crossings and Dwellings: Restored Jesuits, Women Religious, American Experience, 1814-2014 – for the bicentennial of the restoration of the Society of Jesus held at the Loyola University Museum of Art in Summer -Fall 2014. Loyola colleague and exhibition curator Stephen Schloesser and I edited an anthology of papers from the closing conference of the same name (Brill, August 2017). It is one of the few books that looks at the crucial and intertwined work of men and women religious in the nineteenth- and twentieth-century North America church.

Much of my work has sought to inspire undergraduate and graduate students to study the Catholic past and empower them to present their findings on a range of platforms. For the exhibition, my students and I developed a room on the history of the libraries built by nineteenth-century Jesuits as well as digital enhancements throughout the galleries which included interactive maps, audio commentary, and in-depth information about key objects. With colleagues, I designed and solicited a major gift for the Ramonat Seminar in American Catholic History and Culture at Loyola, an annual two-semester research seminar for undergraduates on topics as diverse as Catholic Chicago, Dorothy Day’s America, and Native American missions. I edited a special issue of the Catholic Library World (2015) that featured the scholarship of several students – the first publication for many of them. Over 40 students worked with me on two major digital projects, the Jesuit Libraries Project (2013), a virtual reconstruction of Loyola’s earliest surviving library catalogue, and the Jesuit Libraries Provenance Project (2014), a visual archive of provenance information from 1750+ surviving titles from that library. I am currently working on a digital monograph that synthesizes the history that we uncovered in these digital projects.

As the ACHA enters its second century there is much work to be done, as we build on the accomplishments of the past. The ACHA’s mission calls us to promote a deeper and more widespread knowledge of the internal and external life of the Catholic Church by providing resources and opportunities to do so. Success will come through continuing to open our doors to a broad range of participants and supporting their work in the archive, the classroom, and the sanctuary. As a scholar of Catholicism, a public historian, and a digital humanist, I welcome the challenge.