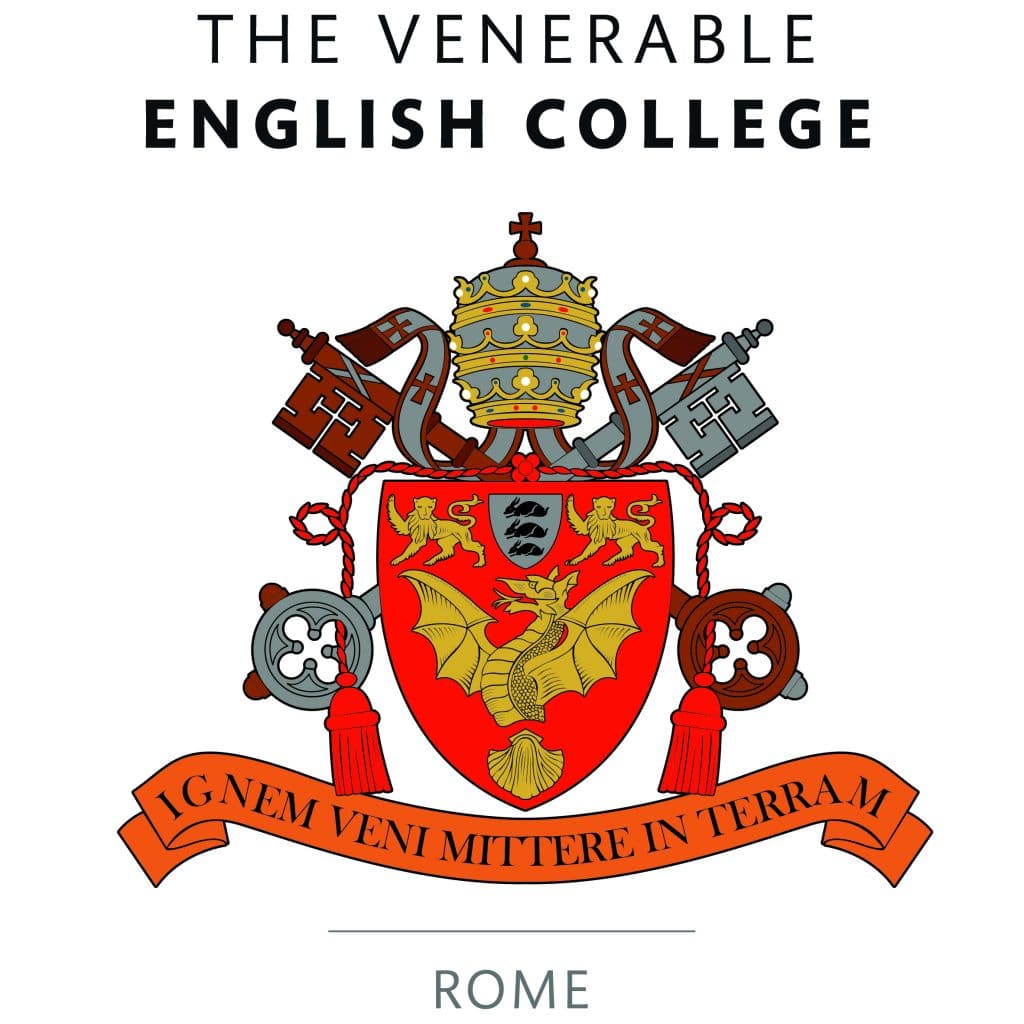 This week’s #HiddenCatholicCollection focuses on the North American Agency Papers preserved in the archives of the Venerable English College (VEC) in Rome, the oldest British institution outside the United Kingdom.

The VEC began life in 1362 as a hospice, or safe abode, for English and Welsh pilgrims visiting the Eternal City.  When, during the religious upheavals of the reign of Elizabeth I, it became clear that the education of future Catholic clergy was impossible in England itself, a seminary was added to the hospice in 1579.   The two institutions operated in parallel down to the French occupation of Rome in 1798.  At that moment, the French authorities sequestrated the entire property, located close to the Campo dei’ Fiori, in the very heart of historic Rome, and both the hospice and the college were forced to close.

In the summer of 1817, Robert Gradwell (1777–1833), a member of the secular clergy of England and Wales, was charged with the task of re-opening the college, in the aftermath of the defeat of Napoleon: the sequestration and subsequent loss of the medieval endowment of the hospice meant that the latter could not be re-opened. As well as re-establishing the college in 1818, Gradwell took on additional, ill-defined, and informal duties as ‘English agent’. In this position, he acted as the ‘middle man’ between the Sacred Congregation de Propaganda Fide, which was responsible for the Church in missionary countries, and the vicars apostolic of England and Wales: down to 1908, England and Wales, along with the Netherlands, Luxembourg, Canada, and the United States, lay under the jurisdiction of Propaganda Fide as missionary territories.

Gradwell offered hospitality and support to Joseph-Octave Plessis (1763–1825), the first archbishop of Quebec, on his visit to Rome in 1819 to discuss with Propaganda Fide the subdivision of his diocese – a matter on which he had written four times without ever having received a reply.

Soon after, in 1821, despite his ‘reluctance to accept of more business’, Gradwell took on the additional function of North American agent, with responsibility for the affairs of the dioceses of Quebec, Baltimore and Philadelphia in so far as they needed the attention of officials at Propaganda Fide. In August 1821, Pope Pius VII conferred on him the degree of Doctor of Divinity, in recognition of his services as rector of the English College and agent for England, Wales, and North America.

These agency roles were continued by Dr Nicholas Wiseman (1802–65), Gradwell’s successor as rector of the VEC, from 1828 to 1835: Wiseman was later to become the first cardinal archbishop of Westminster, on the restoration of the hierarchy in England and Wales in 1850.

The North American Agency papers, which are largely incoming correspondence from North America, first to Gradwell, and then to Wiseman, can be described in summary as:

Though the North American agency papers at the VEC await detailed cataloguing, existing summary indexes and a sampling of the surviving archival evidence indicates that many topics are discussed therein. In the case of Baltimore, for instance, there are many references to:

Much of the Philadelphia material is concerned with the feud between Bishop Henry Conwell (c.1748–1842) and lay trustees of churches, and particularly with his removal and excommunication of William Hogan, a priest at St Mary’s, Philadelphia, and the appointment of his coadjutor bishop, Francis Kendrick.

The existence of the North American Agency papers at the Venerable English College was virtually unknown to historians until the publication of Matteo Binasco’s Roman Sources for the History of American Catholicism, 1763–1939 (University of Notre Dame Press, 2018). At the present time, only the very briefest description of each document in the Baltimore and Philadelphia sections exists, and none of the Canadian material is as yet described, even in a preliminary manner. The collection as a whole awaits thorough cataloguing down to item level – and thereafter it is hoped to digitize this material, better to make it available to researchers.