This meticulously researched monograph reconstructs the lives of Catalunyan clerics on the eve of the Black Death, offering an intimate view of the passions and conflicts animating their parishes. It draws upon over 2,500 surviving episcopal visitation records from the thirteenth and fourteenth centuries. Through her analysis of these and many other sources, Michelle Armstrong-Partida establishes not only that clerical domestic unions (marriages in fact if not in law) were ubiquitous in late medieval Catalunya, but also that clerics in both major and minor orders routinely exhibited the behaviors of their lay male counterparts—most disturbingly, the violent defense of their status and honor within their villages.

The author also reconstructs dozens of clerical families, showing how sons succeeded their fathers in the clerical profession over several generations. Armstrong-Partida effectively demonstrates that the Gregorian reforms had little effect in this corner of western Europe, and that clerics were formed by and participated in the dominant masculine culture in which they lived. In sum, this highly significant study of clerical life in medieval Catalunya opens new vistas on the ecclesiastical development of Europe and raises questions for further investigation, by centering Iberia alongside England and France within the history of clerical celibacy. On account of its outstanding research and original contributions, Defiant Priests deserves recognition with the 2018 John Gilmary Shea Prize. 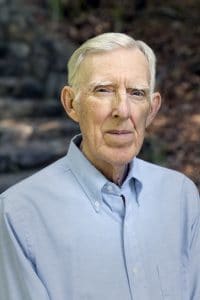 Paul Grendler applies his unparalleled understanding of Renaissance education to elucidate the frequently contentious, less-often harmonious relationship between Italian universities and the Jesuit order. With exemplary clarity and economy, he balances a command of the European stage and mastery of archival resources to identify how ideological differences, amplified by local concerns, prevented men who seemed “predestined to become university professors” from penetrating Italy’s universities, notwithstanding the Jesuits’ growing international dominance over Catholic education. For this, the ACHA is happy to award him the Marraro Prize.

Peter Guilday Award: Troy J. Tice
“‘Containing Heresy and Errors’: Thomas of Bailly and the Condemned Extracts of the Mirror of Simple Souls” 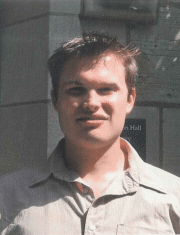 This well-researched and gracefully written study, which appeared in the Autumn 2018 issue of The Catholic Historical Review, analyzes the involvement of Thomas of Bailly, master of theology and penitentiary of the diocese of Paris, in the examination of extracts taken from Marguerite Porete’s Mirror of Simple Souls.  To date no one has examined the precise theological formulations that led Thomas and twenty other theologians to recommend that the Mirror be consigned, as heretical, to the flames.  By examining Thomas’s career and writing, this article unearths the theological scaffolding that the Porete extracts ignored, thus enriching our understanding of one of the most famous heresy trials of the Middle Ages. For its new assessment of an important theological figure the Peter Guilday Prize is gladly awarded to Troy J. Tice.

Harry C. Koenig Book Award: Tatyana V. Bakhmetyeva
Mother of the Church: Sofia Svechina, the Salon, and the Politics of Catholicism in Nineteenth-Century Russia and France 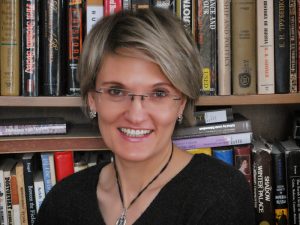 Mother of the Church is a thoroughly researched and well told history of an unusual and neglected figure in modern church history, the Russian aristocrat and Roman Catholic convert Sofia Svechina. The research required familiarity with extensive sources in Russian, French, and other languages. Svechina, who was multilingual, read profusely and left behind notebooks on her reading as well as her personal reflections on spiritual subjects. Bahkmetyeva uses these materials to explore Svechina’s engaging character and her religious thought. The book shows how Svechina was engaged in and took informed positions on important public questions, in conversation with leading intellectuals, first in her native Russia and then in Paris. She became close to Catholic leaders of widely different views, especially through her notable Paris salon.

This book blends the story of Svechina’s appealing personality and her impact on friends and contacts, amid the background first of war, dislocation, and post-French Revolutionary reaction, and then of debates about the future of Europe and the Catholic Church. Bakhmetyeva’s description of salons, their sources and influence, and their demise represents an important contribution to nineteenth century history generally and to women’s history. Bakhmetyeva’s biography of Sofia Svechina well deserves the Koenig Prize. 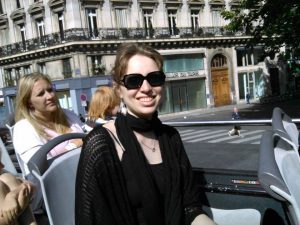 Elisabeth Davis’s project will be an important contribution to several fields in early American history, including women’s history, religious history, and Catholic history. The literature on nuns is robust in early modern Europe, but in early America nuns have been given short shrift, even though they occupied positions of authority. Elisabeth focuses on the controversies surrounding centralization within American Catholicism during the first half of the nineteenth century, which allows her to focus on power dynamics among nuns, between nuns and bishops, and between nuns and lay men and women. It is an important topic. Her dissertation integrates women’s contributions to and gendered perspectives on this critical period in the development of a “U.S. Catholic church”. The fact that Davis has already begun publishing, and is close to finishing her doctoral work suggests someone who will continue to make contributions to the field of American Catholic History. This year the number of applicants exceeded those of the last three years. This made the selection process more difficult, but bodes well for the field of Catholic History into the future.