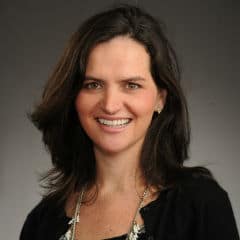 As many of you know, this year has marked the 100th anniversary of the ACHA, founded in 1919 by a Monsignor Peter Keenan Guilday. Guilday was a faculty member at Catholic University of America, a paradigmatic example of the first pioneering American historians of Catholicism. A trailblazing priest and scholar with deep ties to Ireland, his research focused the contributions of prominent clergy in the U.S., like the Jesuit Archbishop John Carroll.  Today, 100 years later, it seems worthwhile to think about the road from Msgr. Guilday to the ACHA today. For me, there is actually a lot that ties me to him: I too, trace my lineage to Irish Catholic ancestors, and I too work in Catholic Higher Education, serving now in my twelfth year in the faculty of Theology at Fordham, and I’ve worked on Jesuit history quite a bit too. I’ve published on Jesuits Henri de Lubac and Michel de Certeau, and teach them regularly. But I was educated in secular schools, and my research on women has been animated by the efforts to uncover voices in Catholic history that have been buried, exiled, forgotten, especially those outside the United States. I first focused on women intellectuals in 20th century France, and now a host of other lesser-known writers and artists, including Catholics from the African diaspora and Latin America who lived in Europe in the interwar period.

Today, I see myself as working within the edifice of Catholic history that priests like Guilday created, but now within a much more diverse community of scholars who draw on a much wider range of sources as we untangle the complexities and paradoxes of Catholicism.  This broadening out, as I see it, has a deep moral purpose to combat the ongoing efforts to narrow the category of “Catholic.” And this work of deeper inclusion still feels like it’s just beginning, and is at the center of the vision I would bring with me into the ACHA if I were to serve as Vice President.

My first book, Sacred Dread: Raïssa Maritain the Allure of Suffering and the French Catholic Revival 1905-1945 appeared in 2012, and I have just completed a full draft of my manuscript forthcoming with the University of Chicago Press entitled Spiritual Friendship: An Alternative Catholic Modernity (1920-1960). My new book explores the practice and theology of friendship among a global network of Catholic artists and writers who all had ties to Paris, but hailed from places as distant as Harlem, Chile, Cairo, and Russia. I am excited to share a bit of this new work at the next ACHA meeting in New York with my paper “Claude McKay (1889-1948): Black Catholic Arts and European Modernism in NYC.”

If elected to serve, I should be clear there is much I hope never changes about the ACHA. I love the way in which “Catholic history” at the ACHA seems to also include theology, even spirituality and mysticism.  This isn’t typically the case. I appreciate the respect we have for the wisdom of earlier generations, and the opportunities for intergenerational learning this has made possible. At the national meeting, I love the unspoken resistance to bland corporate hotel aesthetics, the social hours that take place at historically Catholic significant places. I love the down-to-earth, even homey vibe of our relatively small conference. But I also can see places to move the needle too. I am thinking of the ongoing associational work towards a more inclusive community of scholars, which means actively inviting, welcoming, and enacting a vibrancy that would draw scholars who work on Catholic materials, but may not see themselves as “church historians,” particularly scholars who work on contexts outside of the United States.

Any success I have had as I scholar has come from more senior scholars reaching out their hand to mine and lifting me up. I would be honored to have the chance to return some of this generosity, and be of service to our field, with special attention to our newer scholars eager to join the lively conversation Monsignor Guilday began 100 years ago, and is still ongoing today.  Thank you for considering my nomination.